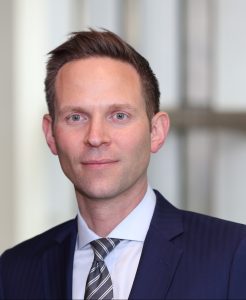 ASAP Board Treasurer Mike Pyle is currently the Global Chief Investment Strategist for BlackRock — leading a team of investment strategists around the world that helps to shape the firm’s investment debate and that delivers all aspects of the BlackRock Investment Institute’s asset allocation and portfolio construction research to the firm’s clients and in media, including around sustainable investing. Before his current role, Mike was the Deputy Chief Investment Officer of BlackRock’s multi-asset strategies platform and a portfolio manager for the firm’s global tactical asset allocation team.

Prior to joining BlackRock, Mike served for five years at the center of President Obama’s economic team.  Most recently, he worked at the White House as a Special Assistant to the President for Economic Policy, following roles earlier in the Administration at the Treasury Department and the Office of Management and Budget.  He was also a central economic policy advisor to Hillary Clinton during her 2016 presidential campaign.

Before his time in government, Mike was a lawyer and undertook significant pro bono work on behalf of immigrant women under the Violence Against Women Act and worked for a London-based non-profit that provided support services to immigrant women who had been victims of domestic violence.

He began his career as a law clerk to Judge Merrick Garland of the U.S. Court of Appeals for the D.C. Circuit.

He lives in Brooklyn with his wife Chloe Schama, a magazine editor and writer, and their three sons.